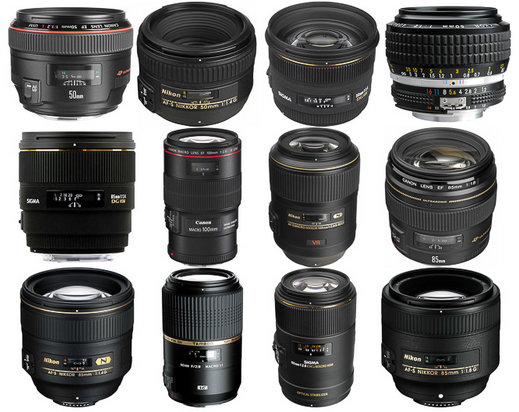 Over the past twenty plus years as a photographer, I have taken tens of thousands of images using a variety of 35mm film cameras, full frame and crop sensor DSLRs.  Whenever I look at the images I have captured over the years, what always strikes me is that the very best ones were taken with primes lenses and not one of my expensive zoom lenses.

Case in point, many years ago, I traveled to a professional bike race in Delaware to photograph the race, as well as the racers before and after the race.  I was shooting with a Canon AE-1 Program cameras at the time loaded with Kodak film, since this was before digital cameras were around.  I picked out a great spot to shoot the racers as they came by in the time trial and waited for something special, studying the lines that the racers took on the corner.

The absolute best image that I ever captured was former Tour de France winner, Greg Lemond rounding a corner at 35 miles per hour.  What made the image great was that it was well composed!  In the image, Lemond stood out from the other two elements of the picture, which were his bike and a chase car in the background.  The geometry of the bike added interest to the image, while the car, which was slightly out of focus, was banking hard into the turn, giving a sense of the speed he was going.  However, Lemond stood out from the other elements in the image   Additional positive aspects of the image included the edges of the image being clear of any distractions and the image captured Lemond’s concentration and determination., which made him a great champion.

As soon as I took the photograph I left the race to get the film developed, as I had a feeling it was special and I had worked hard to set up the shot and waited all afternoon for the shot.    Although I had a variety of zoom lenses with me, I elected to shoot the image with a Canon 50mm f1.8 manual focus lens.  Although I had a very good camera, what made the shot was the lens and how it forced me to concentrate on the composition of the shot.  From that day forward, I have shot almost exclusively with prime lenses!

Prime lenses have a single focal point and depending upon the manufacturer, there are a wide variety of different prime lenses available on the market today, with the 28mm, 35mm, 50mm and 85mm being the most popular and the most useful for both full frame and crop sensor cameras.   It is important to keep in mind that these lenses will be “longer” on a crop sensor camera by the crop factor of the camera.  A 50mm lens on a Nikon DX camera with a 1.5x crop factor will be the equivalent of a 75mm lenses on a full frame camera.  Typically 28 and 35mm primes lenses are considered to be wide-angle lenses, while a 50mm is considered a normal lens and the 85mm prime is considered to be a long lens.  The best prime lens for general photography is a 50mm f1.4 or 1.8.  You will not find a serious photographer without this lens!

Today’s digital cameras are so advanced and foolproof, it is nearly impossible to take a technically bad photograph, but what makes an image more than a snapshot, is how the image was composed. In many ways zoom lenses have made photographers lazy, as all they need to do zoom in or out to capture the image, with no regard to proper composition of the image.  With a prime lens, the crutch of a zoom lens has been eliminated and the photographer is forced to zoom with their feet and think about what they are doing.  Is the subject too far?  If so simply move forward.  Is the subject too close?  Simply step back.  What prime lenses do is force the photographer to think about the shot prior to taking it.  They are forced to focus on what is really important in a photograph, instead of debating if it should be shot using a focal point of 62mm or 74mm!  At the end of the day, it does not matter if it is not composed properly!

The Rule of Thirds

A prime lens, such as the 50mmf1.8, allows the photographer to concentrate on the fundamentals of composing the photograph.  While there are many factors that are important in composing a photograph, the most important ones are the rule of thirds, making the subject stand out from the background, making sure the edges of the photograph are clear of anything distracting, getting close to the subject, patience and when shooting people, capturing the character and personality of the person.

Basically the rule of thirds involves composing the image so that there are three elements in the image including the subject.  The purpose of the other two images is to complement or frame the subject, while adding interest to the image.  It is important that the other two elements not overshadow the subject.  By eliminating the need or desire to zoom, the photographer can concentrate on capturing the three elements of the picture and how they interact with each other.

Related to this is making the subject stand out from the background.  This can be done in a number of ways, including the use of contrasting colors in the background of the image to make the subject stand out.  An alternative way is to do this is to use a prime lens that has good bokeh qualities.  Bokeh refers to areas outside of the image that are outside of the depth of field.  The subject is in focus, but everything else is blurred, which makes the subject stand out.  While high quality zoom lenses with great optics are capable of producing great bokeh, I find that a 50mm f1.8 lens does it better and cheaper as well!

One of the things that prime lenses, such as the 50mm f1.8, do very well is get the photographer closer to the subject.  This is especially true when photographing people, as it is critical that you interact well with them and capture their personality or character in the image.  One of the downsides of large zoom lenses is that they tend to intimidate a person, which often results in a less than ideal image if the person is aware their picture is being taken!

One of the most distracting features is a photograph with cluttered edges featuring items that have no business in the photograph, as they distract from the subject and the other features.  An example of this would be a random telephone line running across the corner of the photograph.  It should be a standard practice to scan the perimeter of the viewfinder prior to releasing the shutter to make sure that the edges of the image are clean.

The Real Importance of Prime Lenses

Prime lens force the photographer to be patient when capturing an image.  Since they are unable to zoom, the photographer must take their time and move around and scout for the best location to take the image due to the limitations of the prime lens.  Patience leads to unrushed and uncompromised images!

When capturing images of people, either thru street photography or portraits, a properly composed picture will capture their personality of the subject either thru their expression or body language.  They key to doing this is to be close enough to the subject and concentrate on the subject and capture the image at exactly the right time.  The ease of use of the prime lens allows the photographer to concentrate on composing the image without twisting and turning a zoom ring.

In addition to improving composition skill, there are a number of advantages that primes lenses have over zoom lenses including low cost, quality of the lens, the weight of the lens and the ability to shoot in lower light without a flash.  In most cases f1.8 prime lenses in the popular focal lengths are very affordable, when compared to zoom lenses, which have a wide variety of focal lengths.  High quality zoom lenses are expensive, while high quality prime lenses are not expensive!  Related to the cost is the quality of the optics, which is excellent in the case of prime lenses.  Any serious photographer will tell you that bodies are replaceable, while good lenses last forever!  Since prime lenses have a single focal point, they have less glass and weigh significantly less than zoom lenses.  Finally, at f1.4 or f1.8 the lens is brighter, allowing more available light to be captured, which allows photographs to be taken in low light levels without a flash.

The next time that you go out to shoot, put that “nifty fifty” on your camera and leave your camera bag at home and just go out and shoot.  Focus on the fundamentals and composition and watch the quality of your images improve!