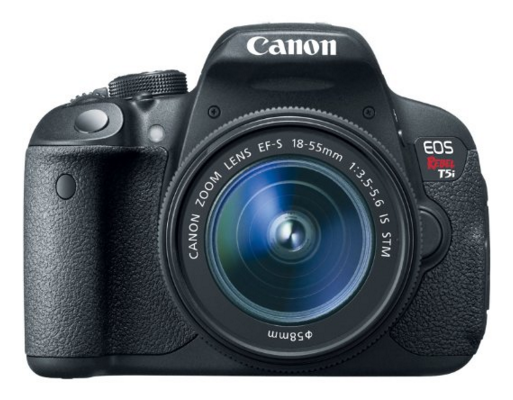 My Take on the T5i – Canon T5i Review

First introduced in 2013, the Canon T5i is one of several cameras in Canons entry-level “Rebel” lineup, which targets consumers looking to get into photography for the first time or upgrading from a point and shoot camera to a more capable DSLR camera.

All of the major camera manufacturers are fighting it out for these customers, as most photographers will remain loyal to a camera brand for life, provided that they have an initial good experience with a camera.  As a result of this competition and advances in technology, the “Rebel” lineup is constantly being upgraded and currently has seven cameras in the “Rebel” family.

Despite the presence of the more recent T6i and T6s cameras, the T5i remains a formable competitor in this market despite being two years old.

Breaking Down the Key Features of the T5i

Key Specs of the T5i at a Glance

Final Word – Is the T5i Still Worth Recommending?

At a suggested retail price of $799.99, the Canon T5i is a great value for such an advanced camera and should be considered by anyone looking to either break into digital photography or upgrade from a point and shoot camera, without breaking the bank.

The camera is sold as kit and includes an 18-55mm Canon lens, as well as a number of accessories including the battery, a charger, cables and a variety of instructional disks. You can check out the latest pricing on this package here.  The only other thing that will be needed is a SD, SDHC, SDXC or a UHS-1 memory card and you can start shooting!