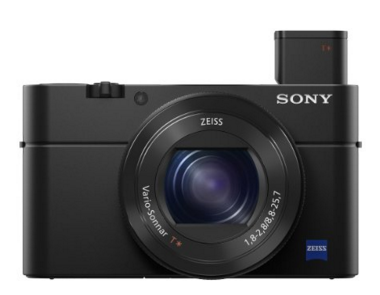 The camera world saw a number of new cameras introduced in 2015 and one of the best ones to hit the market was not a DSLR by Nikon or Canon, but a compact camera made by Sony!  The Sony RX100 Mark IV is a very advanced compact camera that produces images as good or better than most DSLR cameras on the market at any price point.

The camera is extremely popular high-end compact camera, despite a higher price point.  In many ways the Sony RX100 IV could be considered a DSLR killer.

Final Take – Worth the Price?

Sony hit a home run with the Sony RX100 IV and it remains a very popular camera, with photographers at all levels, despite the high price point!  The image quality is just amazing for a camera of this size, as are the features.  Anyone looking for a high-end compact camera should take a look at the RX100 IV.  I bet you like what you see and will carry it everywhere, as the best camera is the one you have with you. For the latest pricing, [/easyazon_link” type=”link” link_id=”8558″].