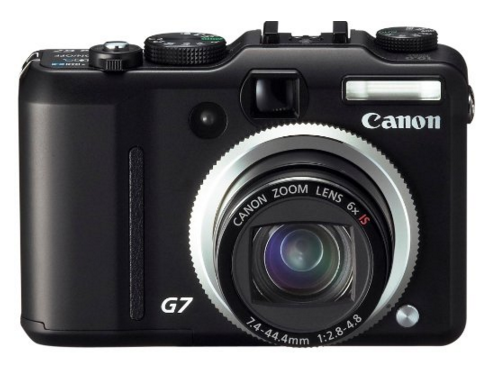 Canon’s Powershot G series of compact cameras have been extremely popular ever since the G1 was first introduced almost 16 years ago.  The Powershot lineup has always appealed to photographers with a wide range of experience looking for a more advanced camera than traditional point and shoot cameras, but without the expense, weight and bulk of traditional DSLR camera.

While there have been over 15 other Powershot models introduced since the original G1, one of the most popular models is the G7, which was first introduced in 2006 and still remains relevant 10 years later.

The G7 – Key Specs Worth Talking About

A Quick Look at the Important Specs

Final Assessment – Is the Canon G7 Still Worth the Money?

Although an older camera the G7 remains a great camera and is really at home with experienced photographers looking for more control of their camera, while getting excellent results without the need of a DSLR camera.  Many will find the G7 to be an excellent travel camera, as well as a good all around camera for most situations.

While Canon has introduced other cameras in the G Series including the G7X, the G7 is still widely available and is worth taking a look, especially if it is bundled with a decent lens.  I know that I love mine and still use it all of the time!

You can check out a good package for the G7 here.