All of the major camera manufacturers introduced a variety of new DSLR camera bodies in 2014.  While Nikon introduced several cameras in their entry-level lineup, it was the introduction of the full-framed D750 and D810 that really excited serious photographers.

The D750 falls into Nikon’s “enthusiast” category, while that D810 falls into the “professional” category.   Despite the category both of these cameras are capable of producing excellent images and will provide years of service if they are properly taken care of.

In a hurry? I’ve got you covered. Here’s the high level advantages: Read the full comparison below for all of the details.

Similarities Between the D810 vs D750

The D750 and D810 both produce excellent images, with the quality being virtually identical.  This is a result of the cameras sharing many of the same components such as the same 51-point autofocus system with 15 cross type points.  Other identical features include the use of the same EXPEED 4 processor, which is capable of processing images with very high resolution instantaneously.  The same 3D Color Matrix Metering III system is used in both cameras as well.

Other similarities between the two cameras include a sensor cleaner, the ability to shoot images in shutter priority, aperture priority, manual or program modes.

In addition they both allow a variety of in camera editing options as well.  Both cameras offer built in flashes, live view and excellent optical viewfinders, offering 100% coverage.

The speed of the cameras as measured by frames per second is similar as well, with the D750 at 6.5 frames per second, compared to the D810 producing 5 frames per second.  The video capabilities of both cameras is the same, with each camera capable of shooting HD video in full 1,920 x 1,080 / 60 FPS.

Finally, both cameras share the same rechargeable EN-EL 15 battery and charger and all have wireless, GPS and WIFI capability, although the D810 uses various optional accessories to provide access to these capabilities.  The addition of an autofocus motor on both cameras allows the photographer the ability to use a wide variety of older classic Nikkor lenses, without motors built into the lens.  Size and weight is similar with the D750 being slightly smaller and lighter than the D810.

There are a number of smaller differences between the two cameras with the major ones being total megapixel count, build quality, shutter noise, type of storage media, rear LCD, U1/U2 settings and cost.  While the D750 and the D810 both use a35.9mm x 24mm CMOS sensor, the D750 has a total of 24.3 megapixels, while the D810 has 36.3 megapixels.  This is difference is not really significant as both cameras are capable of producing excellent images that can be blown up to insane sizes.  In many ways, the “megapixel race” is more of a marketing gimmick, with little real life significance.  It is important to keep in mind that the Nikon’s top of the line professional D4S only has 16.3 megapixels! In most cases the difference between a “professional” and “enthusiast” camera is the camera body construction and sealing of the camera.  Traditionally, “professional” level cameras were more robust to withstand the daily use and abuse of professional photographers and photojournalists.  While both cameras are very well built, the body of the D810 utilizes magnesium alloy throughout the camera, while the D750 mainly relies on carbon fiber reinforced thermoplastics for primary protection, with magnesium alloy only being used on the top and rear covers.  In addition the seals on the D810 are more weather and dust resistant than the D750.

Another difference in the two cameras is the noise generated by their shutters, with the D750 being significantly noisier than the shutter on the D810.  While this may not be an issue for a majority of photographers, it could be an issue for those shooting weddings, plays or public speaking events.  With the D810, the camera is not heard, while the 750 screams here I am!

While both cameras have dual card slots that can be configured in a number of ways by the photographer, the D750 relies on two SD slots, while the D810 uses a single CF card and a single SD card.  In general, although SD cards are widely used many photographers prefer the newer CF cards due to the speed images can be written to the card, storage capacity and overall toughness and durability. 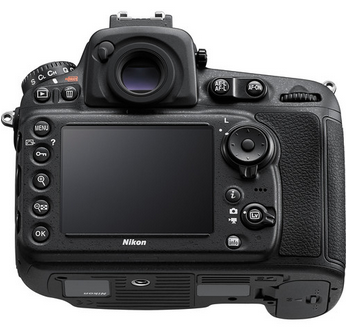 Both cameras have a large 3.2” LCD screens on the rear of the camera, but the difference between the two is that the D810 display is fixed, while the D750’s tilts.  Personally, I am not a fan of moveable rear LCD due to the potential for it to break if the camera is not properly handled.  Other photographers love them because of the unique positions that camera can be operated in while still allowing the display to be viewed.

Another difference between the D750 and the D810 is the absence of the U1 and U2 dial on the D810.  These settings, which are found on the D750, allow the photographer to set up two custom settings in the camera, which can be instantly recalled by just twisting the knob.  This is a big miss on the D810 as there settings are so useful in real world photography and save time by eliminating the time and effort setting up custom features thru the D810’s menu system.

Cost is a big difference between the two, with the D750 being approximately $700 cheaper than the D810 based upon current Nikon pricing.  This is a significant prices difference between two very similar cameras that provide virtually identical image quality. 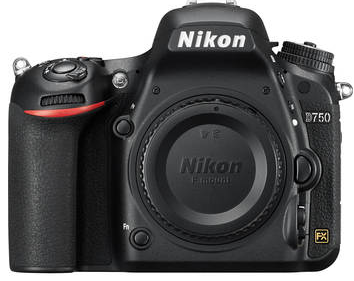 As with all cameras, each one has their pros and cons, as there is not the perfect camera!  As far as the D750 is concerned, the biggest pro is the image quality, which is excellent.

Other pros include the newest technology has been incorporated into the body and it is a completely new camera and not an upgrade to one of Nikon’s previous models.

“Cons of the D750 include the tilt screen, which I do not like and the lack of a full magnesium alloy body and robust weather and dust sealing.”

The biggest pro of the D810 is the excellent image quality that the camera produces.  Despite the very high resolution of the images, the camera is able to process these large images quickly.  Another pro is the tough magnesium alloy shell and the excellent weather and dust sealing of the camera.

Cons of the camera is the cost as well as this is an upgrade to the earlier D800 and D800E, which were designed to be the replacement for the wildly successful D700.  The D800 and D800 E both had a number of flaws and were not well received by many photographers.  In recent years, many Nikon shoots have become alienated by Nikon continually putting out cameras that were really not ready for the market and then correcting the flaws in later follow up versions of the camera. That being said, the D810 is significantly better than the previous D800 and D800E cameras.

Overall Recommendation: Which is Best?

I really like both! While both cameras are excellent, I would select the D750 over the D810 based upon the U1/U2 settings found on the camera as well as cost.

While I am very tempted by the more robust build of the D810, at the end of the day the D750 is still strongly built and is sufficient for the type of photography that I do, as I do not abuse my kit.  I would use the savings in money to buy a couple of nice prime Nikkor lenses, such as a 50mm, f1.4 or 85mm, f1.8.

The D750 is Nikon’s newest camera and offers state of the art technology and is an excellent “enthusiast” camera!