Nikon produces excellent cameras with two of the most popular DSLR cameras in their lineup being the D5200, which is an entry-level camera and the D7000, which is a mid and professional level camera.  While both have been recently upgraded, these two cameras remain very popular, as a result of their features, performance and cost. An important similarity between the two cameras as that they are extremely affordable as both cameras are being offered at lower prices than those shown in the above table.  The reason being that an upgraded version of both cameras has hit the market, reducing demand for the D5200 and D7200.  The reduced demand has resulted in lower prices on both the body only and the kit, which includes one of several zoom lenses.

Technically, the two cameras are very similar that they are both excellent DX cameras capable of taking excellent images.  Both cameras have the ability to shoot in automatic or professional mode, aperture priority, shutter priority and completely manual modes.  The autofocus systems on both cameras are similar with 39 points being provided, while shooting speed for the D5200 is only 1 frame per second slower than the D7000, making either camera suitable for shooting sports with the appropriate lens.  The D5200 and D7000 allow images to be captured in Raw or JPG formats onto SD cards.  In addition, both cameras are capable shooting high definition video in various formats.  A final similarity between the two cameras is that both cameras are very lightweight with the D700 only being 6.5 ounces heavier and slightly larger.  All in all the cameras are almost identical with a couple of important differences. The Nikon D5200 is exactly that type of camera—an exceptional HD-SLR designed to draw exciting new perspectives out of everyone who shoots it. Optimized for creativity, streamlined for flexibility, it'll awaken your passion and inspire some of the most spectacular photos and videos you've ever captured. 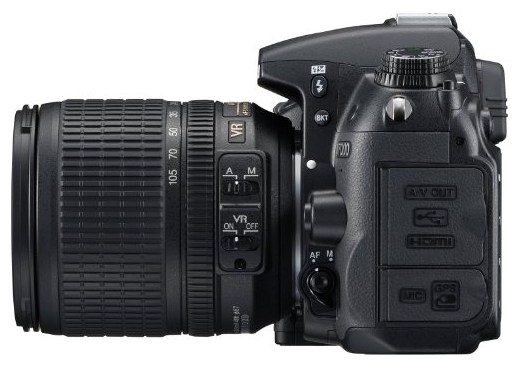 There are a couple of reasons for the differences, one being the target purchaser of the camera and the camera’s price point.  The Nikon D5200 is an entry level DSLR geared towards first time DSLR camera owners ,who has traditionally used high end point and shoot cameras.  The goal is to get them into DLSR photography, without the cameras being too complicated or intimidating.  This is where the various pre-set scene modes on the D5200, appeals to the first time DLSR owner.  On the other hand the D7000 is  targeted to the mid-level to pro level photographer, who wants the best available crop format camera.  They are also prepared to pay an additional $300 to get those features.

Price point is another factor that is driving the differences between the two cameras.  Features such as dual SD card slots and dials, knobs and buttons linked to the camera’s “brain” costs money.  Although the Nikon D7000 only has a 16.2- megapixel sensor, the camera was introduced in 2010 and the cost to manufacture camera sensors was much cheaper in 2013, when the D5200 was first introduced.

The most important fact is that the D5200 and the D7000 both take excellent images.  The cameras also have the ability to take usable images at very high ISO settings up to 6400.  This is especially true of the D7000, which has very clean imaging as a result of the noise reduction software in the camera, which does not smooth out the detail in the image while reducing noise.

The dual card slots on the D7000 is a excellent feature, which allows the photographer to configure the camera to either have the second card back up images or act as overflow capacity in the event the first card is full.  Anyone that has ever lost images on a SD card will appreciate this feature.  Other pros include the ability of both cameras to record high definition video.

Nikon produces a number of accessories, which can be fitted to the D5200 and D7000, which allow these cameras to use features such as GPS, remote control and Waif.  These features have become more an more popular and although both cameras are beginning to get older and are competing against replacement products, these accessories allow them to provide what consumers want. 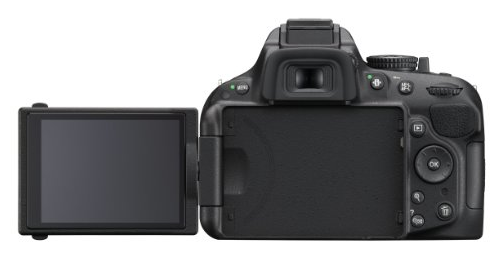 There are not very many cons with either cameras, although the D5200 does not have a built in autofocus motor, meaning that older Nikon lenses will not autofocus.  The D5200 will accept any F mount lens, however the photographer will need to manually focus the lenses if the lens does not have a motor on it.  The D7000 does not have this problem.

There are a number of features on both cameras that can be considered pros and cons, depending upon the individual photographer.  One such feature is the small physical size of the two cameras. While those with small hands will find the camera comfortable, many with larger hands will fin the cameras two small.  This leads to fatigue when gripping the camera for long periods of time.

Another feature that could be considered a pro as well as a con is the swivel LCD back on the D5200.  Photographers either love them or hate them, as they allow a photographer to see the screen in various situations other than directly behind the camera.  Others hate them because of the possibility of breaking the LCD off of the camera.

Summarizing the Key Advantages of Both

The following table is a quick view of the critical advantages of both DSLRs. The goal is to help you narrow down your decision based on what’s more important to you.

Overall Recommendation – Which to Choose?

While both are excellent cameras and both produce amazing images, I personally prefer the Nikon D7000 to the Nikon D5200, despite the D5200 being higher resolution and newer.  Mainly there are two reasons driving this preference, the first being I prefer to have a majority of the cameras controls on dials and not menus.

As an experienced photographer, I use the various settings to get the shot that I am after.  I tend to be a bit slow in running thru the various menus to change settings and prefer the speed that the external dials and buttons provide.  The second reason is the U1 and U2 controls on the D7000 allow me to save my preferred settings and have them available for instant recall immediately.

The D7000 allows the entry-level photographer the ability to grow into the camera as their technical skills develop.  The D5200 does not have this capability and could be outgrown quickly if the aspiring photographer wants quicker creative control over their images.

However, if you can’t spend more than $700, it is still a good camera and you can view the latest pricing here.

The bottom line is that both are excellent cameras, but the D7000 has enough advantages to make it worth the cost.