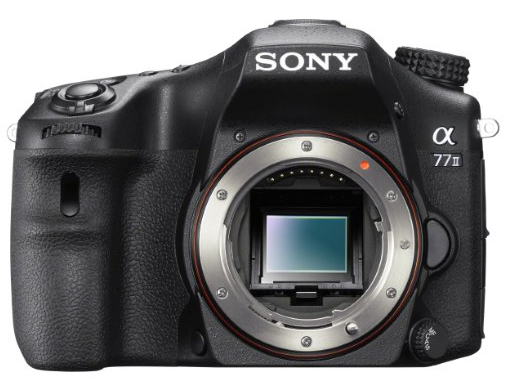 Sony continues to be an innovator in the digital camera market, with the huge electronics company offering a wide variety of compact, mirror-less and traditional DSLR cameras using innovative technology developed over years in the consumer electronics business.  The Sony a77II, which was introduced in  2014, is another home run for Sony and is an improved version of the company’s widely successful a77 digital camera, which was well received in the market place.

About the Sony A77II

The heart of the a77II is the updated 24.3 megapixel  CMOS sensor, which captures images in the APS-C or cropped sensor format.  The sensor, which is significantly smaller than a traditional full frame sensor, is less expensive to manufacture, resulting in a more affordable camera body.  While smaller, these sensors are very capable and produce excellent image quality, at a wide variety of ISO settings, including those used in dark lighting conditions.  The sensor used in the a77II has a crop factor of 1.5X, which means that a traditional full frame lens used on this camera will be longer than it would if used on a 35mm or full frame camera.  An example of this would be a normal 50mm lens used on the a77II would capture the same image as a 75mm lens used on a full frame lens.

Crop sensor cameras are widely used by professional photographers all of the time, especially in nature and sports photography, where it is not possible to get as close to the subject as the photographer would like.

Everything about the a77II is about being fast, including the frame rate, processing speed, auto-focus system and shutter speed.  The a77II is capable of shooting at an incredible 12 frames per second, which is a very high rate and is possible due to the a77II’s advanced Bionx X processor, which quickly processes and writes the files to the camera’s single memory card.  The card format used on the camera includes SD, SDHC and SDXC, as well as several proprietary memory sticks offered by Sony.

Features of the Sony A77II in Depth

Features at a Glance – Comparison Table

Is the A77II Worth the Investment?

Sony continues to offer excellent options for camera systems and the a77II is an overall excellent camera.  At a suggested retail price of $1,199.99 (or at a steep discount here) the Sony 77II is a camera that should be considered by anyone in the market for an advanced APS-C camera capable of capturing high resolution images and video.

It is more than capable of competing with the various advanced APS-C cameras being offered by Canon, Nikon, Fujifilm and Pentax.

In addition to the body only, the camera is available with either a DT 16-50mm f2.8 SSM or a DT 18-135.mm f/3.5-5.6 kit lens.  This is an excellent camera with high-end performance and image quality.  It is a significant upgrade over the original Sony a77! 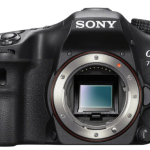